Last year  I had limited resources but still wanted to feel like I was having a holiday.  So when I was in pensive mood, I set about exploring the options, letting my fingers flit from here to there on my iPad.  I was travelling to Wales to visit family anyway and explored different train options to see where I could go from there.  I discovered that I could travel to Wales, then sweep across to Cheshire to visit more family, and back home for little more than just a return to Wales.  (It really is worth checking out the different train options in the UK – I tend to use the National Rail Journey Planner.  There is a ridiculously wide difference in cost depending on what time of day you travel and the actual journey destinations, which affect the type of ticket that is available.    You can sometimes get the other end of the country for less than it costs to travel somewhere that is less than 50 miles away.) I had been surprised to discover that it was possible to travel from the village in Wales directly to the town in Cheshire where family lived, so I thought if I could stop off on the way for just one night, it would enable me to explore somewhere different and I find that at such times, time tends to slow down and just one night away can seem a long time.  I perused the map and checked out fares, settling on Ludlow.  My next step was to find somewhere to stay.  I used the online service ‘airbnb’and was drawn to an old Gothic style house within walking distance of the railway station.  It was owned by a young family.  They were in the process of renovating the house and gardens and rented out a couple of rooms.  It was right beside the railway line with a large garden that sloped right down near the line.  The story I think was that the house had been built by a man that worked on the railways but it has been difficult to establish the history of the house.

Well when I left Wales I was waved off at the unmanned station in the village by all the family, including my daughter who was staying for a couple of weeks.  A short while later I was alighting at Ludlow Station.  With my suitcase trolley in tow, I had a quick wander round the town to get my bearings and then headed for the B & B.  I received a warm welcome and my room had a beautiful view (see one of the photos).  I settled in, had a tour of the house and garden, then headed back into town.  I spent the rest of the day exploring the unique shops and finding a nice restaurant to dine in.  I had a taxi back, was invited to join the owners for a friend’s birthday celebration, which I did for a short while before returning to my room.  I slept well, had a wonderful breakfast and sadly got ready to leave.

I was offered a lift by the owner into town and she suggested dropping off my case at the station.  I was then free for a few hours before getting the train so I went for a walk, going down by the river.  I love places where you can just wander and find different things. Ludlow in Shropshire is a beautiful place that isn’t on any major road routes so it seemed to have a different atmosphere about it – a fairly large place yet with none of the major traffic throughput so it was more peaceful.   I would have loved to stay longer and thoroughly recommend it as a place to visit.  I walked around the castle but did not go in it.  Alongside the river there was a very upmarket restaurant – the name escapes me but if I come across it I will post it here.  For a special treat, I would definitely like to go there.  I took a picture of The Feathers Hotel and it would be good to have a look inside but I would be apprehensive staying there as it is supposedly haunted.  It was built in 1619, a 17th Century coaching inn.  It is now a Grade 1 listed building.

I hope you enjoy this post that gives a flavour of a somewhat hidden part of England.  I returned home feeling totally refreshed and feeling that I really had a long holiday.

One thought on “Mini break at Ludlow, England 2014 – Photos” 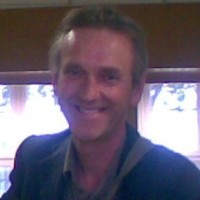